Although Android 13 is still approximately nine months away, work looks to be in full gear at Google, and an early look at the next-generation smartphone operating system has already surfaced online.

The gentlemen over at XDA-Developers have obtained images of a very early release of Android 13 from an unnamed source with access to it. Before we go into the specifics, it’s worth noting that some of these features may be pushed or never make it out of the testing phase.

The first is an Android 13 feature known as App Language. As the name implies, it will allow users to choose the UI language on a per-app basis. The functionality, codenamed ‘Panlingual,’ has been under development and will be available via the following path: Settings > System > Languages & input > App Languages. After selecting an app, users will be sent to its App Language page, where they may make the required linguistic changes.

Following that is a notification control tool, which will assist in controlling the deluge of needless alerts. Google looks to be developing a new “POST NOTIFICATIONS” protocol with Android 13 that will make notifications an opt-in feature. That is, much like with permissions for accessing the camera and location, users will be able to decide whether or not an app may send alerts.
Although Android 12 allows users to activate or disable alerts on a per-app basis, it is inconvenient for users who aren’t too tech-savvy. Making applications request notification authorization from the beginning looks to be a positive change.

What else is there?

TARE, which stands for The Android Resource Economy, is also mentioned in the XDA-Developers article. It isn’t much known about it, but it looks to be a mechanism that restricts app activity when the battery is low. There is also the option to keep the clock widget on the lock screen in a single line regardless of alerts.

As part of the Bluetooth LE Audio package, Android 13 is scheduled to have support for the LC3 codec for audio playback. This was discovered by Esper Senior Technical Editor Mishaal Rahman, who later tweeted about it, stating that LC3 adoption will be ready by the time Android 13 is launched. The LC3 (Low Complexity Communications Codec) is marketed as a high-quality audio transmission codec with low bitrates. 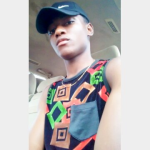